What do you know about water tank failures in a fire?

A ruptured plastic or fibreglass tank against a shed or a house is equivalent to driving a car into the side of the structure at about 50km/hr.

How much water do you need in a bushfire?

Do you know how trailer-mounted fire tanks performed on Black Saturday?

Plastic tanks (polyethylene) can fail quite prolifically in a fire but typically need adjacent fire sources to driven then to failure. These tank are fine if they are on their own, completely isolated out in an open paddock. They can handle a low-level grass fire and even a bit of debris blown up against them. It is a different story if you put two plastic tanks next to each other or place a modest amount of combustible material near then such as some treated pine edging. In these cases the tanks can burn externally feeding off the adjacent object until it catastrophically fails.

Tanks with any heavy fuel element around it that will start to burn even if that's treated pine boxing that you've used to form the platform to get a level surface to put the tank on is enough to take out the tank.

If you put two tanks next to each other, that's when you start to have problems, even in that open-paddock scenario. The debris that builds up between the two tanks will burn. The tanks start to burn, and then one burning tank will feed onto and off the other tank, and you'll get this chimney effect between the two tanks that will develop to a crescendo until both tanks have actually fully ruptured.

We've seen plastic and fibreglass tanks rupture, say, against a steel shed or a house and it's equivalent to driving a car into the side of the shed at about 50km/hr. So, it's like a really huge amount of brute force.

Metal tanks including the very large metal tanks that actually have almost like a pool liner inside them, we've found that they're actually very reliable in a bushfire in holding the water for the duration of the fire, and making it useful for fire fighter defence.

A gravity feed is pretty much the gold standard, if you had enough height to get your tank up above your sprinkler-head level. Then it's absolutely reliable, and if the tank's designed the right way, well, you've got water and attack pressure, and you don't have to rely on any means like a pump to give you the pressure.

For a combustible house, combustible fascia, and I'm not prepared to change it, I'm going to try and wet the whole thing down throughout a fire event, and it could be a typical single-storey house, I would say you would need upwards of 25,000 - 30,000 litres of water to protect that house throughout its entire event, if it was, I don't know, say, something like a BAL-19/BAL-29 type scenario.

Trailer-mounted fire tanks. They were amongst the many that failed during the peak of the exposures in Black Saturday. The petrol pumps attached to them aren't typically enclosed on those trailers. Don't expect it to survive outside, especially if it's trying to be operated throughout the peak of the fire event outside. 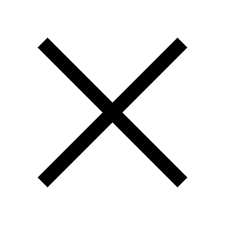